Last weekend, as a special guest, I visited the Samson 46 competition in Krasnodar south of Russia.

The competition had a surprisingly friendly atmosphere.

Now I can say with confidence that 250-300 people are the optimal number of participants. Like a lot, at the same time everyone has enough space and everything goes more dynamically.

The cup passed two days, and the beginning was from 3pm. It was possible to shove everything in one day, but this is certainly not a celebration of sports, but hard labor for everyone, both judges and participants. But those who came from other cities could calmly walk around the city in the morning, then two-three hours at the cup and relax.

The loud, even opera fabulous judge at the participants informed no worse than the speakerphone at the airports. No one was lost, everyone stood at the stage on time, and there was confidence that you would definitely hear when it was time. The judge helped me with a warning that the photographer supposedly go take a picture.

Maybe the weather, maybe the southern city, but even the bikinis and fit models were in a good mood, talking, taking photos with each other, and to my surprise, they even watched with interest the broadcast of other categories. They also chose the athlete according to taste and cheered for them, even if they did not know who it was.

There were few athletes in the building, but also famous athletes and interesting beginners.

Last weekend, as a special guest, I visited the Samson 46 competition in Krasnodar south of Russia.

Sometimes I, a famous photographer and dandy, have to deal with something unusual for me 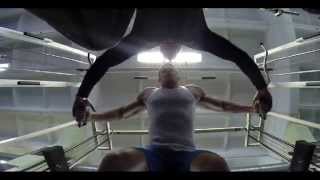